The All British Day August 2013

THE ALL BRITISH DAY

The ‘All British Day’ is a display day featuring over 50 car clubs representing most British brands current and past. The day is hosted by Kings School and coincides with their annual fair.

Everyone is welcome to come and have a look and visit the fair. The cost is $5 per car and there is plenty of parking for visitors.

Note that the Art show has functions all weekend but the Display Day is Sunday 25th only.

History of the “All British Display Day”

The All British Display Day dates back to October 1981 when the newly formed Austin Motor Vehicle Club staged a display of British Cars in Top Ryde Shopping Centre. This event attracted considerable interest and was run as a charity event. The nominated charity that year was the Multiple Sclerosis Society of NSW.

British motorcars have an important palace in motoring history. They covered the whole spectrum of motoring requirements, from minimum cost vehicles such as the Baby Austin to renowned luxury cars such as Rolls Royce.

The  history  of the British Motor Industry is one of acquisition, with manufacturers buying up other manufacturers as well as their supply chain. This process continues today and most of the original marques are now discontinued. Hence, many of the cars on display are now unique so the display offers a rare opportunity to see them. Many of the cars are maintained in superb condition.

Their preservation is a labour of love. These motor vehicles are a triumph of  engineering  and ingenuity and hold tremendous fascination for many people. We hope that you will enjoy inspecting the cars and fellowship with their owners. 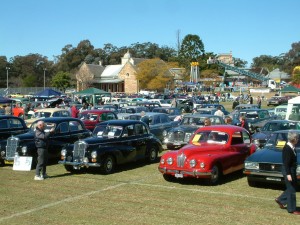 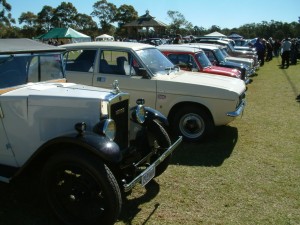 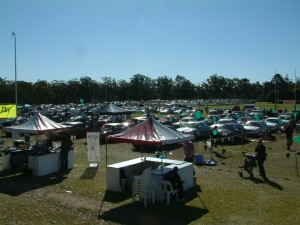 “Another fantastic Sydney winter’s day saw over 1700 cars on display within in the truly beautiful grounds of the King’s School. The combined efforts of the member clubs and their members this year raised $8,000 for the Arthritis Foundation’s “Camp Footloose”. Keith Dalleywater, Head of the Preparatory School at Kings, again officially opened the show and welcomed all to the show. Keith is no stranger to British cars having enjoyed several in his younger days. The Kings School offers a fantastic backdrop for the many visitors on the day. As the day is in conjunction with the school’s Art Show there is a lot to do as well as looking at cars. The Art Show features exhibition and sales, market stalls, wine tasting, jewelry and a fun fair. Meguiars and NRMA Insurance continued as major sponsors. This year the types of vehicles on display included trucks, bikes, military vehicles and even a steam tractor.”