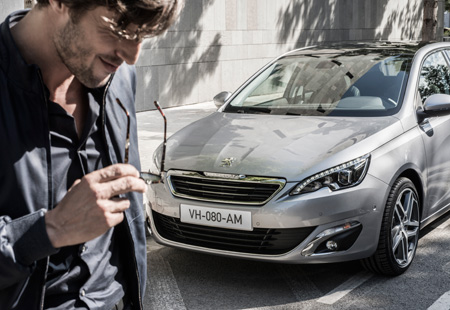 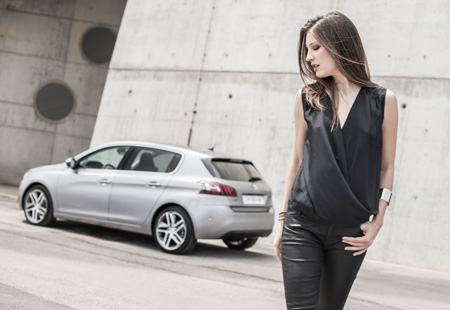 The all-new Peugeot 308 has been crowned with the prestigious title of 2014 “European Car of the Year”, awarded by a jury of 58 senior European motoring journalists representing 22 European countries.

The European Car of the Year is an expert, independent judgement of all new cars on the European market. It is an international award, judged by a panel of senior motoring journalists across Europe. Its object is to acclaim the most outstanding new car to go on sale in the 12 months preceding the date of the title.

30 new models from American, Korean, European and Japanese manufacturers, on sale in Europe during 2013, were eligible for the 2014 “European Car of the Year” award. This list was reduced to seven finalist models. The 308 was the winner having received 307 points.

The 2014 “European Car of the Year” title represents the most prestigious recognition for the 308, which embodies the brand’s values of excellence, in terms of its design, elegant and dynamic, efficient concept based on an advanced approach to weight reduction, driving experience with its innovative instruments and controls (the PEUGEOT i-Cockpit) playing a part and quality of the highest level.

In addition, the development of the 308 included 4 million km of test driving, plus 15,000 hours of endurance testing to ensure we built the best car possible…no wonder the 308 was awarded with one of the most coveted automotive awards in the world. 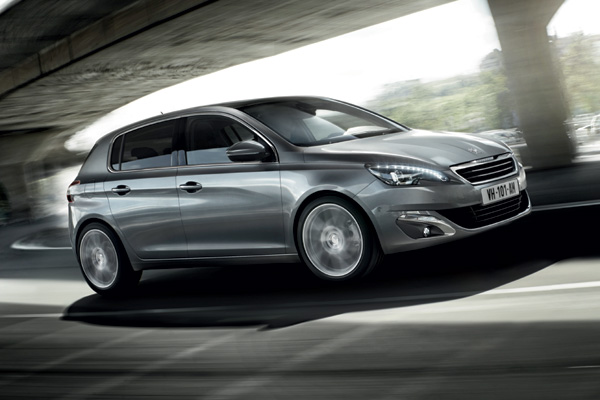 The challenge behind the all-new 308 was to produce a car that will be like new after three years of driving it. So the greatest care has been taken over every detail, from the anti-scratch lacquer paintwork to the sunlight and scratch resilient dashboard materials treated with new anti-static agents to reduce dust build up. It’s built on a brand new platform (chassis) and is made from a high-strength steel using a new laser welding process. We know we’ve built a strong, high quality car, but, just to be on the safe side, we’ve put it through its paces with over 4,000,000 kilometres of test driving and 15,000 hours of endurance testing. That’s the meaning of quality.

Time to let your senses come out to play with the all-new 308. 140kg lighter than the previous 308, with a lower centre of gravity, a more compact steering wheel and newly-developed electric power steering, the 308 delivers an incredibly responsive and controlled driving experience. Watch the video above to see how top motoring journalist Jonny Smith rates the all-new 308.

The all-new 308 was subjected to a significant amount of durability testing in its deveopment phase. In addition to 4 million kilometres of test driving, the 308 underwent 15,000 hours of endurance testing, including 2,500 hours of 4-post rig testing. The air conditioning was tested for 250,000 cycles, the touchscreen had around 4.3 million press actions without failure and there are 1,800 quality controls in factory final acceptance. That’s the meaning of quality.

The PEUGEOT i-Cockpit reflects the simple yet intuitive nature of the all-new 308. With a sporty driving position and a compact, responsive steering wheel, the dials are positioned directly above it so you can keep your eyes on the road. The large 9.7″ colour touch screeni houses most of the car’s onboard technology which means full control is right at your fingertips.

As a result, the 308 was awarded the Most Beautiful Interior Design of the Year 2013 at the 29th International Automobile Festival.

Due to its simplified, streamlined design ethos, the all-new 308 is very efficient. It’s 140kg lighter than the previous 308, without sacrificing strength or space, and the petrol and diesel engines offer both power and efficiency, with the diesel 2.0 BlueHDi producing 110kW and just 107g/km CO2 and combined consumption of 4.1l/100km. Even the LED headlightsi and the air conditioning are now more efficient, delivering a car where performance and efficiency are perfectly balanced.

The all-new 308 is one-of-a-kind. It’s sleek, it’s elegant, and every last detail is designed to make your senses come alive. The bodywork is streamlined and dynamic, and the same can be said of the interior too. Our unique PEUGEOT i-Cockpit is stripped right down, with most functions controlled by the touch screeni, allowing you a high level of technology as well as a pure, minimal design.

At the 29th International Automobile Festival, the Peugeot 308 was voted the Most Beautiful Interior of the Year 2013 by a jury of experts and avid automobile fans as well as fashion, design, architecture, culture and media businesses. This award pays tribute to the new 308’s originality, modernity and overall quality of the PEUGEOT i-Cockpit. With its crisp, clean look and innovative, intuitive cockpit, the new Peugeot 308 won the jury’s heart.