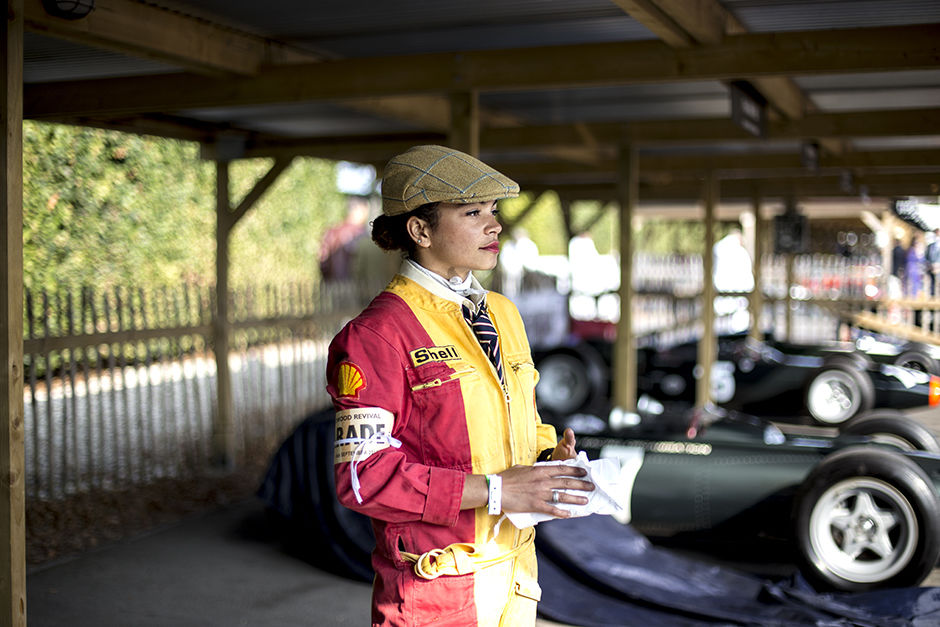 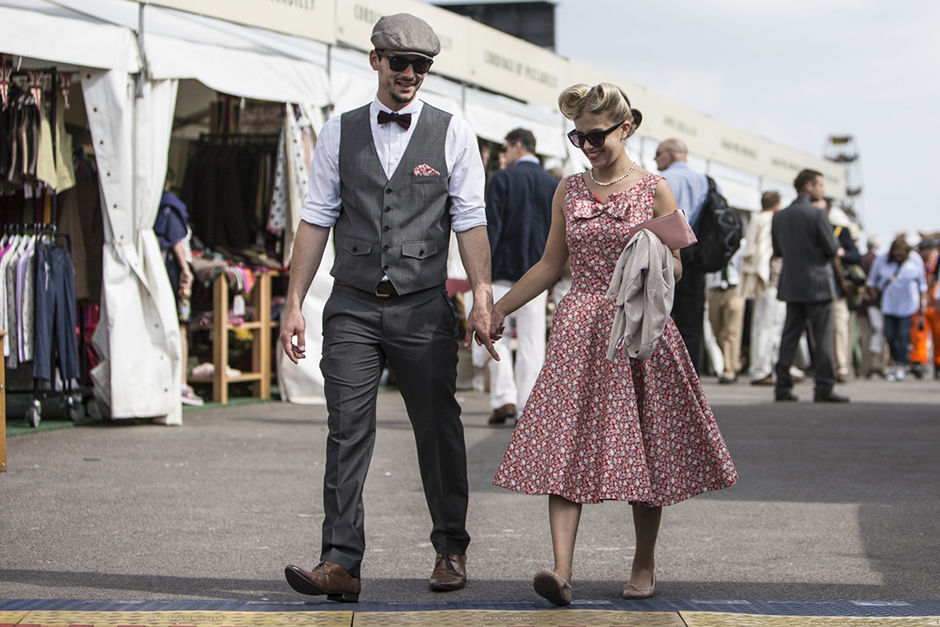 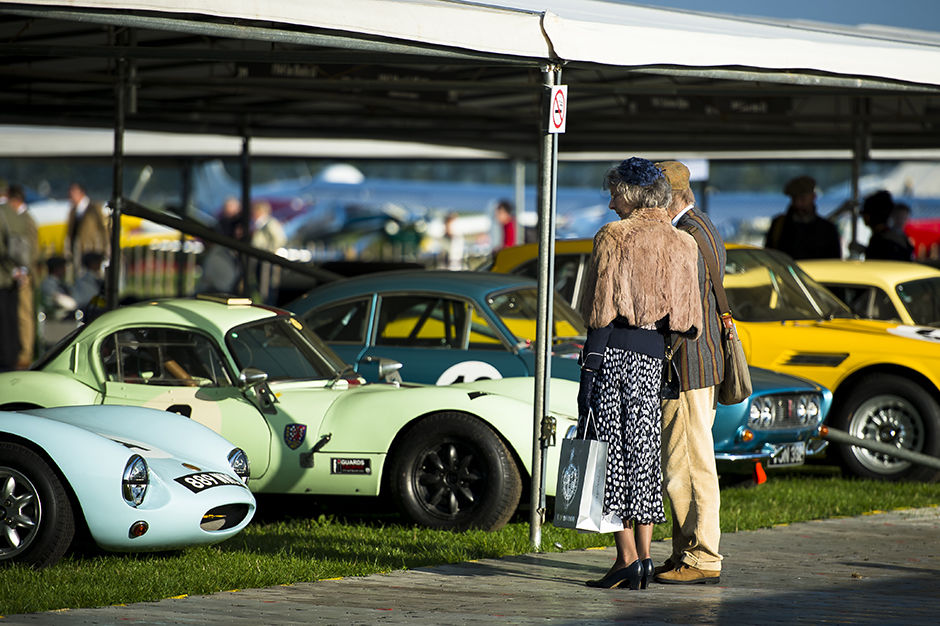 A MAGICAL STEP BACK IN TIME…

The Goodwood Revival really is a magical step back in time, a unique chance to revel in the glamour and allure of motor racing in the romantic time capsule of the world’s most authentic motor circuit. Competitors and Spectators alike dress in period fashions, with the finest sights and entertainment for the pre – 1966 era for all to enjoy.

Leave the ‘Modern World’ Behind

The Revival is the world’s most popular historic motor race meeting and the only event of its kind to be staged entirely in the nostalgic time capsule of the 1940s, 50s and 60s.

It is the biggest and best historic motor racing party of the year. There is something for everybody from fantastic vintage car displays, fashion markets, exhibitions to air displays.

The Revival offers visitors the opportunity to leave the ‘modern world’ behind and join motor sport luminaries including Sir Stirling Moss, Richard Attwood, John Surtees and Derek Bell in an unabashed celebration of flat-out, wheel-to-wheel racing around a classic racetrack, untouched by the modern world.

‘The Revival is an event, which is unique in the world and absolutely second to none.’

The most exciting race of the festival was for the Glover Trophy. Andy Middlehurst, winner of the race for the past three years in Classic Team Lotus’ Lotus-Climax 25, took an immediate lead ahead of a fantastic variety of machines.

James King, in the Brabham-Climax BT7 used by Dan Gurney to win the 1964 French and Mexican grands prix, was coming through fast as wholesale changes took place throughout the field. King moved into the lead on the fourth lap with Nick Fennel in another Lotus 25 tacking on behind Middlehurst. Joe Collasacco in Ferrari 1512 was also in the mix but, on the 10th lap, the American hit the chicane hard, bringing out the safety car.

Middlehurst jumped ahead of King on the restart. The Brabham driver continued to press hard, the pair racing side by side before Middlehurst just managed to take his fourth successive Glover.

Celebrating 60 years of the Jaguar D-type

Jaguar D-Types from all around the world were invited to take part in the Lavant Cup at the Revival meeting; a race exclusively for the legendary racer.
The event had the pleasure of having over 30 examples of the car to celebrate it’s 60th anniversary; a record gathering of D-Types on a racing grid.
1954 saw the debut of the sleek high-speed sports racing car which won Le Mans in 1955, ’56, and ’57 and cemented its place in racing folklore.

Serial Goodwood Revival winner, Gary Pearson dominated the Lavant Cup, held this year exclusively for Jaguar D-types and their roadgoing variants, XKSSs.
Driving his 1955 long-nose D-type, Pearson led all the way. ‘I felt a bit guilty half way through,’ he quipped. Christian Glasel and Gregor Fisken held station in second and third places, the trio slightly closing up toward the end.

Rolls-Royce showcased their opulent past by showcasing a recreation of a 1909 replica British Hooper & Co workshop. Revival guests had the chance to watch Rolls-Royce employees hard at work in period uniform. The employees created various trim pieces to give an insight into the attention to detail that Rolls-Royce prides itself on. 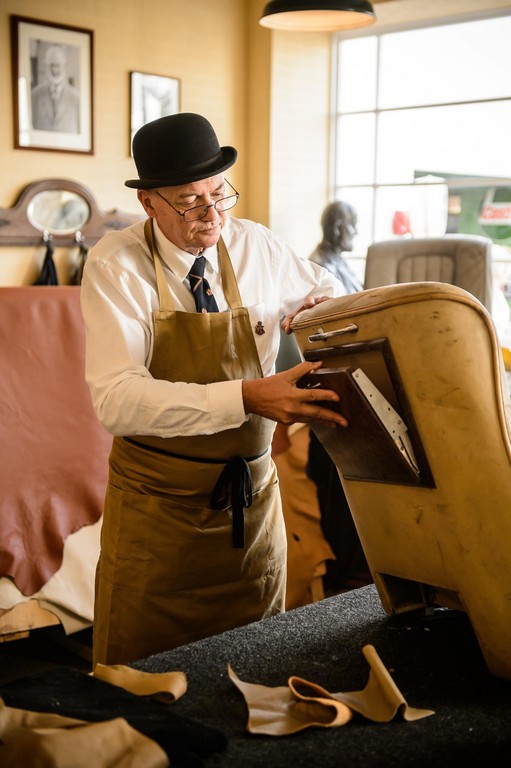 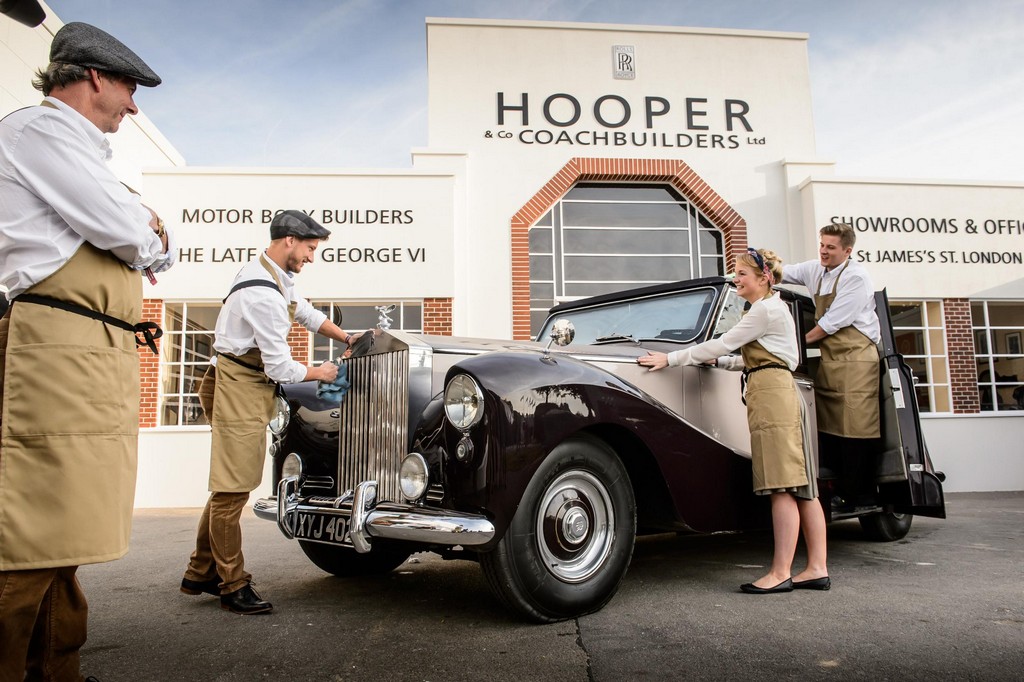 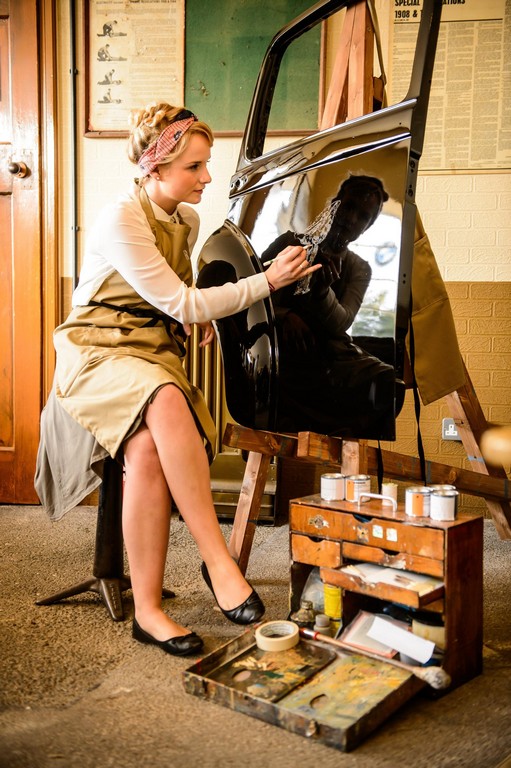 Watch the most important moments at Goodwood Revival 2014. For a full catch-up check the channel page here: https://www.youtube.com/user/GoodwoodTV

For more information and up to the minute news of the 2015 Goodwood Revival go to;
http://www.paradisegarage.com.au/about/news-events/goodwood-2015/ or visit www.goodwood.co.uk