Goodwood Festival of Speed 2015 is here! 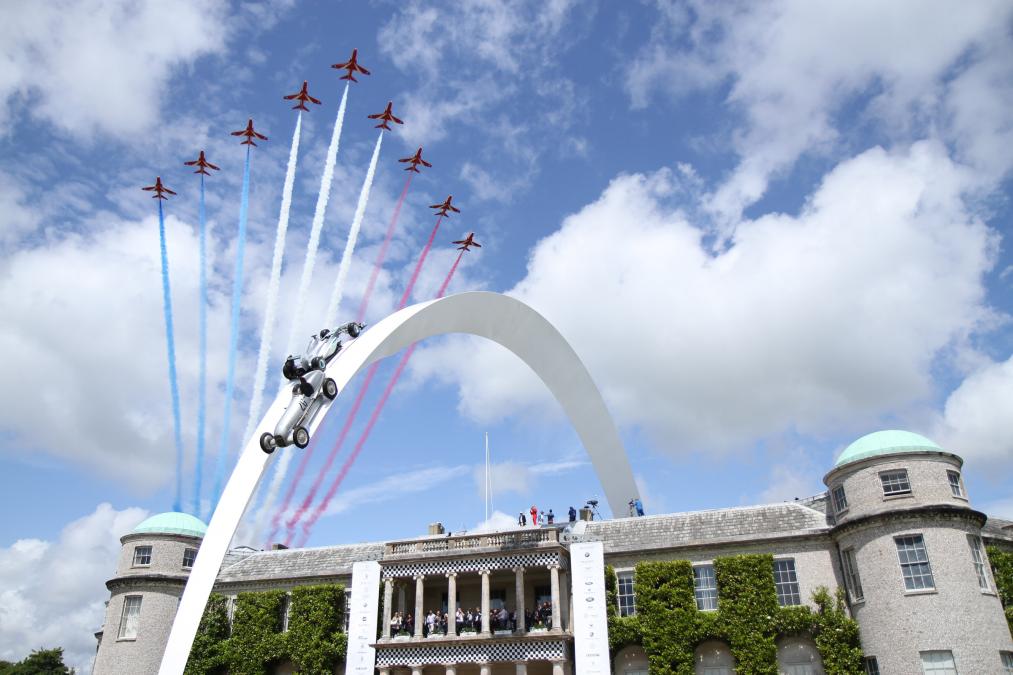 The highly anticipated Goodwood Festival of Speed 2015 is about to begin with the Moving Motor Show this Thursday 25th June!

“The Festival of Speed is the largest motoring garden party in the world – a unique summer weekend that brings together an impossibly heady mix of cars, stars and motor sport ‘royalty’ to create the largest car culture event in the world. Held in the grounds of Goodwood House, this annual Hillclimb event is a celebration of motor sport and all things automotive.”

Alongside the overall theme of ‘Fast and Fearless: Racing on the Edge’, the Festival of Speed will also celebrate the 90th anniversary of the motor racing’s inaugural World Championship, won by Alfa Romeo, and mark 50 years since Honda’s maiden grand prix victory as the Japanese manufacturer returns to Formula 1 with McLaren in 2015.

The event will also pay tribute to the 60th anniversary of two sensational victories; Sir Stirling Moss (picture right) and Denis Jenkinson’s triumph on the 1955 Mille Miglia and the first post-war grand prix win for an all-British line-up; Tony Brooks in a Connaught at Syracuse.

Sports car legend Derek Bell will be honoured as 2015 marks the 40th anniversary of the first of his five Le Mans 24 Hours wins, which came behind the wheel of a Mirage-Ford.

‘Flat-out and Fearless’ typifies some of the most spectacular drivers and moments from motor sport’s past and present. Who could forget the wheel-bumping final-lap battle between Gilles Villeneuve’s Ferrari and Rene Arnoux’s Renault at the 1979 French Grand Prix, or the sight of the legendary Colin McRae hurling his Subaru over the Bunnings jumps on Rally Australia in 1997?

Juan Manuel Fangio’s decision to race “at 100 per cent for the only time in my life” to overhaul the Ferraris to win the 1957 German GP, and the legendary duel between Barry Sheene and Kenny Roberts at Silverstone in 1979 provide further examples of how racing on the edge has captured the imagination of motor sport fans across the globe.

To view the highlights from Goodwood Festival of Speed 2014 go to http://www.paradisegarage.com.au/about/news-events/goodwood-festival-of-speed-2014/