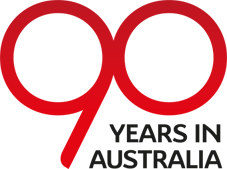 The CITROËN brand, founded in 1919, is celebrating its 90th anniversary in Australia this year. This makes CITROËN
the longest continuously sold car brand in Australia. CITROËN has a strong culture nourished by the unwavering desire
to understand, surprise and satisfy its customers. CITROËN has always designed with the future in mind. The Type A
was Europe’s first mass-production car, launched in 1919. The Traction Avant wrote the rules on the modern automobile 75 years ago. The 2CV made motoring freedom accessible to all. The DS embodied the power of progress.

CITROËN is the most collected car brand in the world. Producing the most emblematic vehicles of their times – including the Type A, Traction Avant, 2CV and DS, along with the more recent Berlingo, C4 Picasso and new C3 – CITROËN has always had a modern and creative approach approach to mobility.

Yesterday with the Traction, the first front-wheel drive European car, today with Stop & Start technology, and tomorrow with hybrid diesels, CITROËN’S vision is “Créative Technologie”.  Most of all, this means going beyond simple technical and scientific exploits to find the right choices, choices that are useful and surprising, in the form of new cars and new services that illustrate the Créative Technology tagline.

CITROËN has entered the motor sport history books with four Manufacturers’ titles and five Drivers’ titles for Sébastien Loeb and Daniel Elena in the World Rally Championship. This rich history – from rally raids to the croisières – proves all of the brand’s technology mastery and competitive hunger.

CITROËN has a no-limits, non-conformist and bold approach to communication. From the Eiffel Tower to the Internet, it uses all media to promote its brand and vehicles.  CITROËN’S expression is as strong now as it was at the beginning.

1919: Launch of the Type A, Europe’s first mass-produced vehicle

1925:  Citroën made history by being the first car to travel around Australia in a yellow 5CV.

1947: Presentation of the Type H van with front-wheel drive and flat floor

1961: Inauguration of the Rennes Le Janais plant, for the launch of the Ami 6

1965: Creation of the Vélizy technical centre

1991: André Citroen elected manufacturer of the century for his innovations by a automobile jury

1996: Launch of the Citroën Berlingo, the first leisure activity vehicle

1999: Citroen tops the mark of one million annual sales

2007: Inauguration of 42 Champs Elysées in Paris

2009: Brand rebirth with a new identity based on white, red and grey